Combined supplied concrete pumping for the three level parkade and 205,000sqft commercial building project.  This project involved many 300-500m3 structural slab pours, many of which were completed during the cold weather months.  Most of the pours were done with the 55M and 56M because of the large square footage and long reaches.  Combined’s high standards for safety and attention to detail helped the contractors meet an aggressive schedule in demanding conditions. 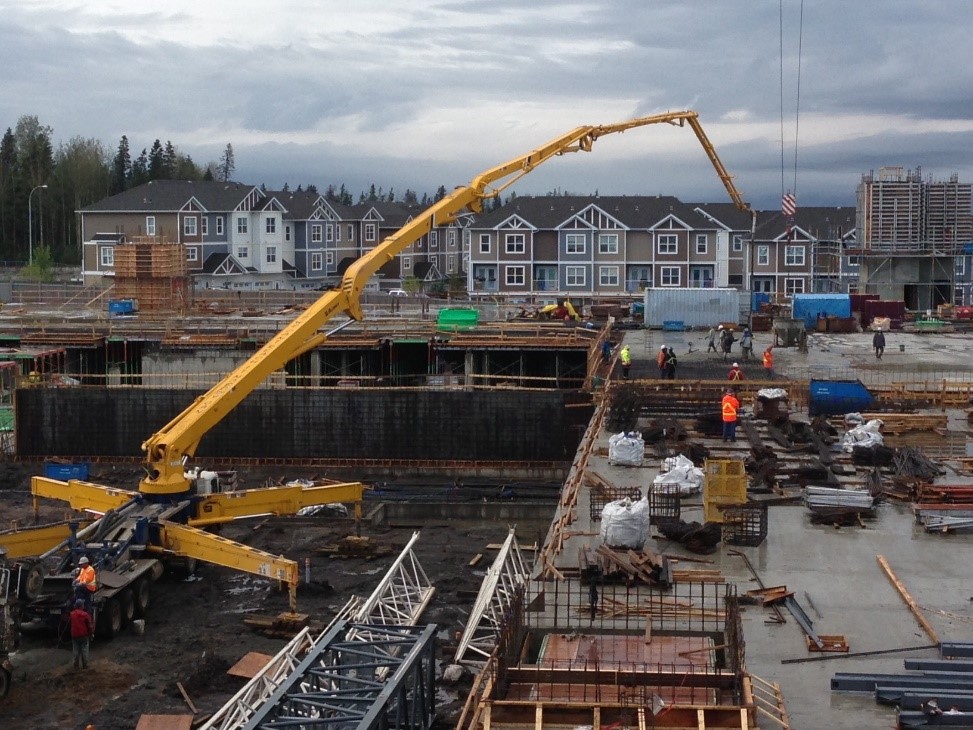 Combined performed all of the concrete pumping on this iconic $127 Million Facility.  The project spanned over two summers and involved pumping for the new field house, Nexen Stage, SMS Equipment Football Stadium and the Tournament Centre (baseball stadium).  Our diverse fleet of pumps gave the contractor several options such as our Z boom pulling inside the building for a mezzanine pour. 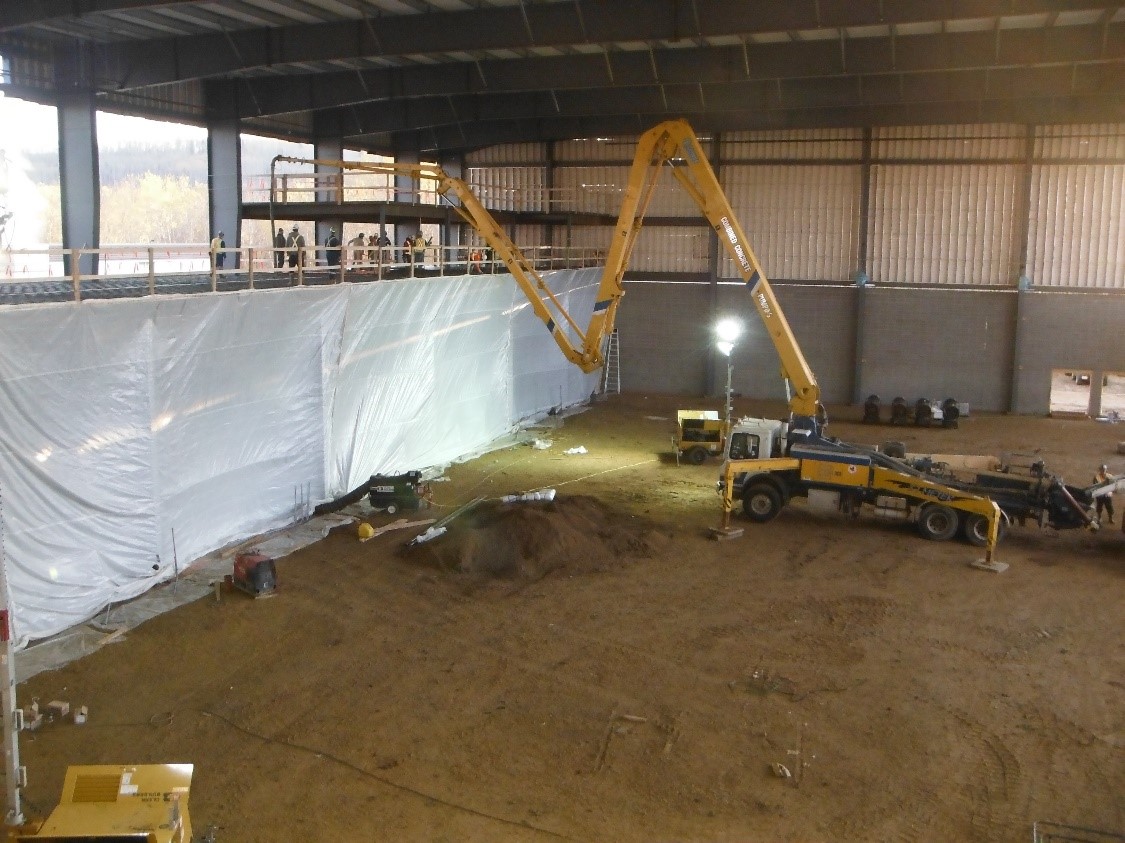 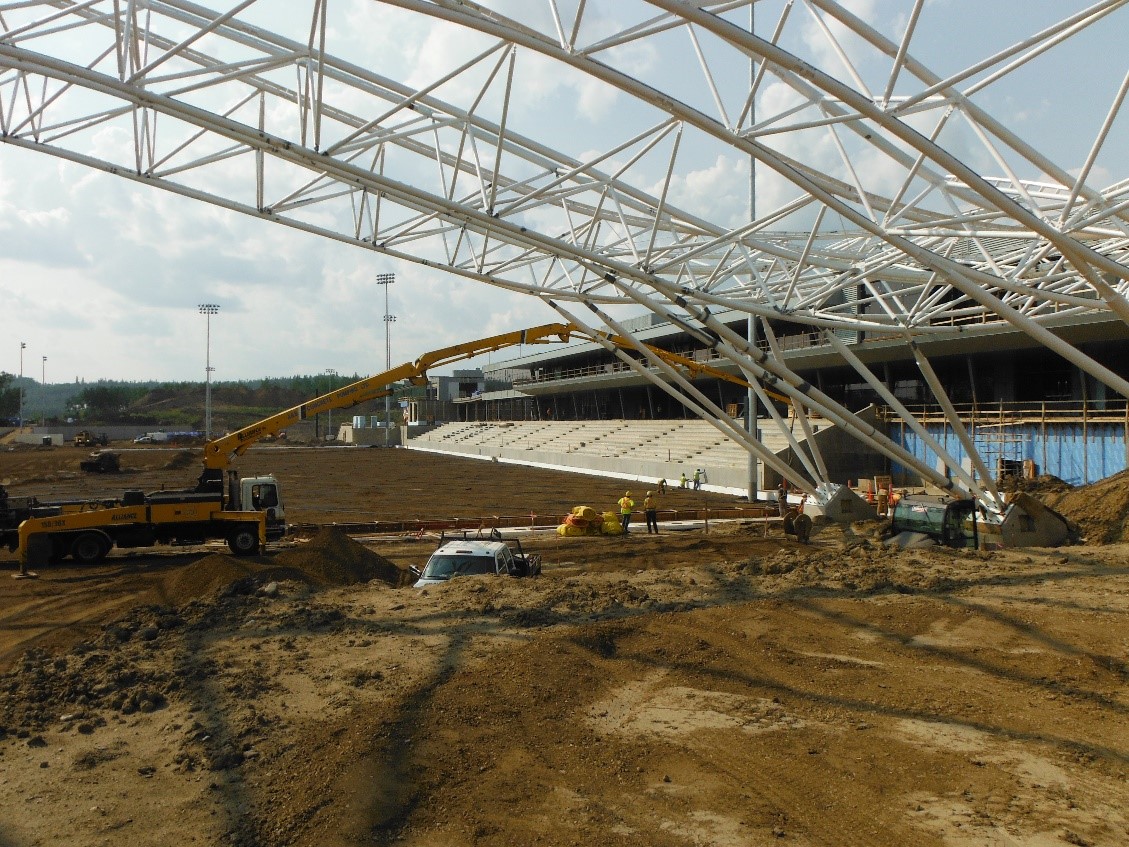 Combined was the primary service provider for concrete pumping and telebelt services on the biggest industrial project under construction in the region.  The two projects incorporated several mass pours ranging in size from 2300m3 to 3800m3.  Combined’s well maintained fleet helped BIRD Construction maintain a blistering pace without incident. All of the pours were completed in under 15 hours. 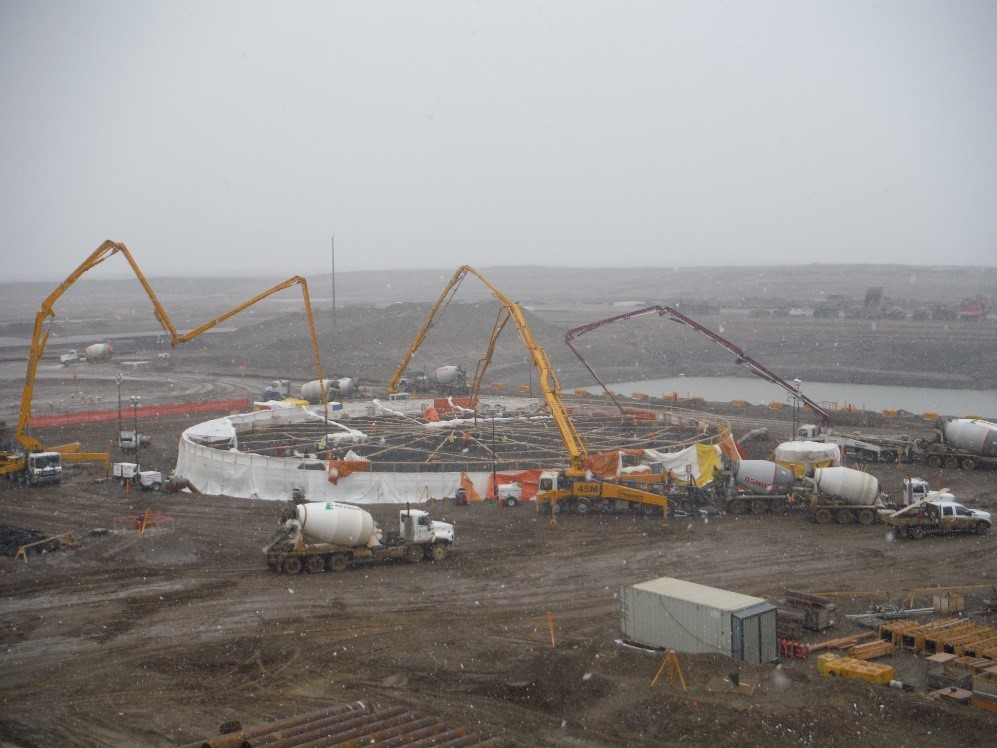 Combined provided three working pumps and a stand-by pump for the Fort Hills River Water Intake tremie pour.  This challenging 3300m3 pour required a lot of coordination from all contractors due to its relatively small working area.  The January 2015 pour began in -35oC temperatures and took four shifts about 36 hours to complete. 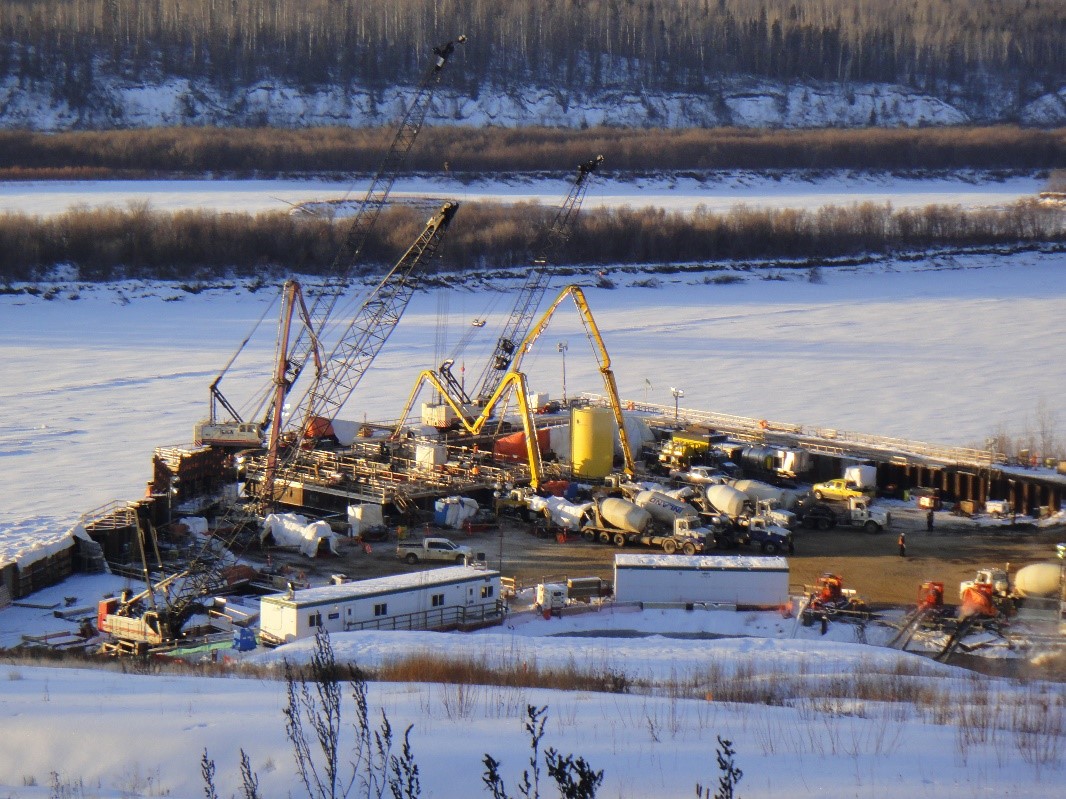 Combined Concrete Pumping performed this 1200m3 pour with three pumps on a cool January day in 2013.  The 55m and 45m are commonly used in the wide open areas to facilitate their larger footprint, while the smaller pumps in our fleet squeeze into the tighter areas and catch the hard-to-reach places. 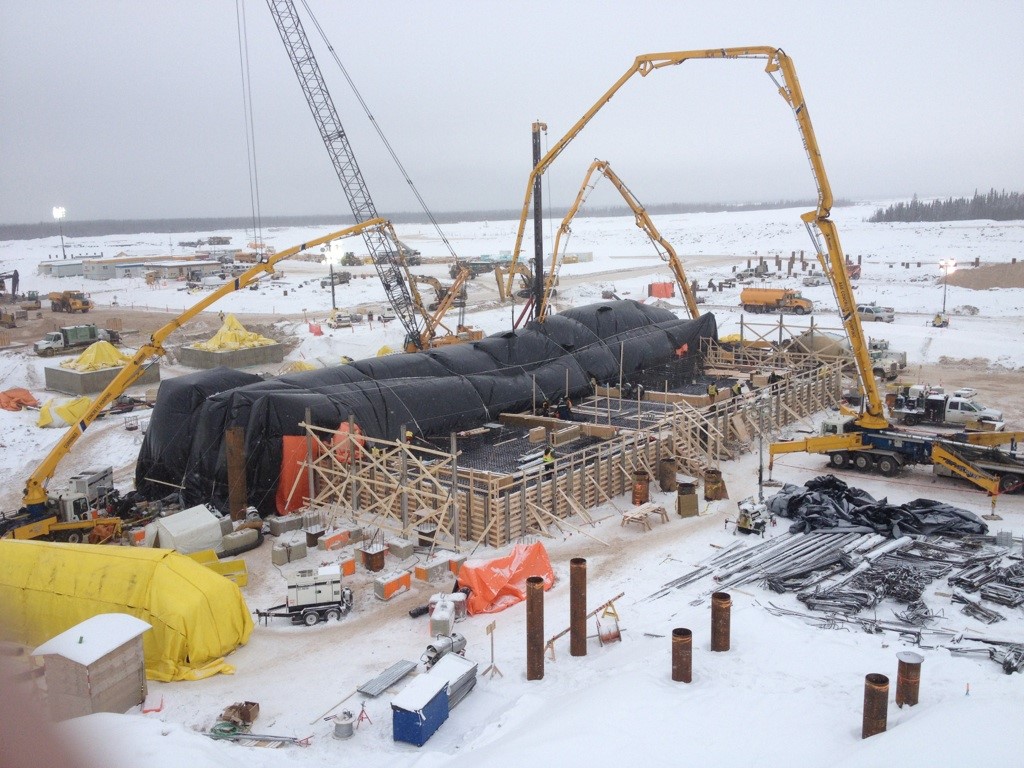 Combined is proud to have contributed to such an important project in the region’s transportation network. The long awaited facility required many line pours with challenging reaches but Combined’s “can do” attitude always prevailed. 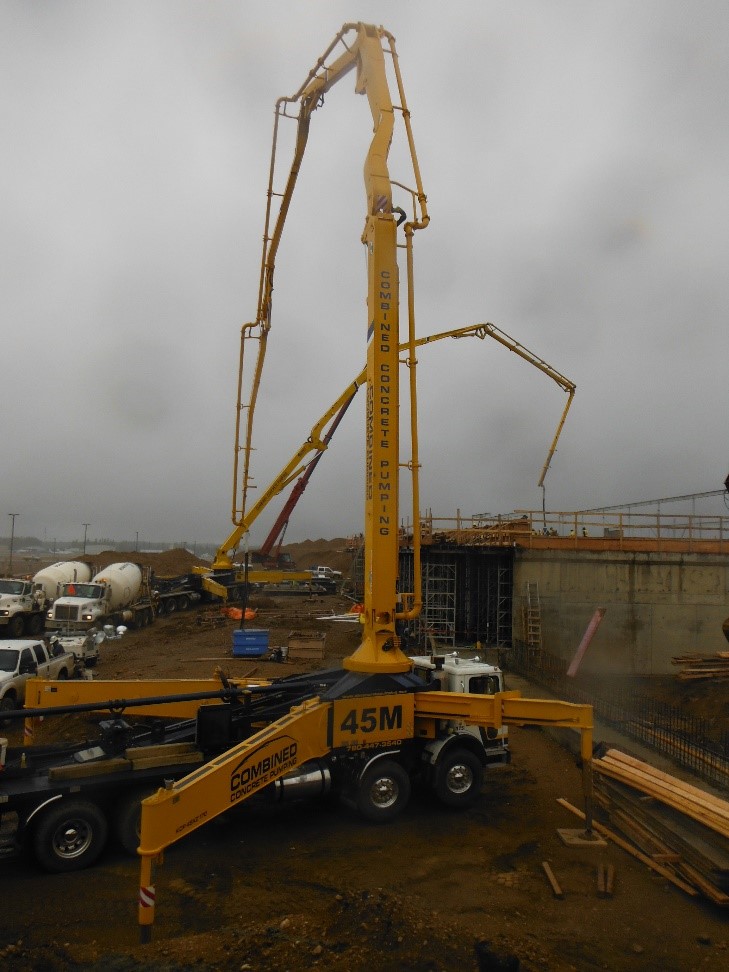 Combined poured the pier caps for this bridge during the winter months after the ice on the Athabasca River was built up enough to support the weight of cranes, the concrete pump and the ready-mix trucks.  The bridge deck pours were performed the following summer.  The contractor and the client from the neighbouring Steinhauer Bridge, allowed the 55m to set up on their bridge so that the pours could be done off the boom.  This helped shave days of work off the schedule. 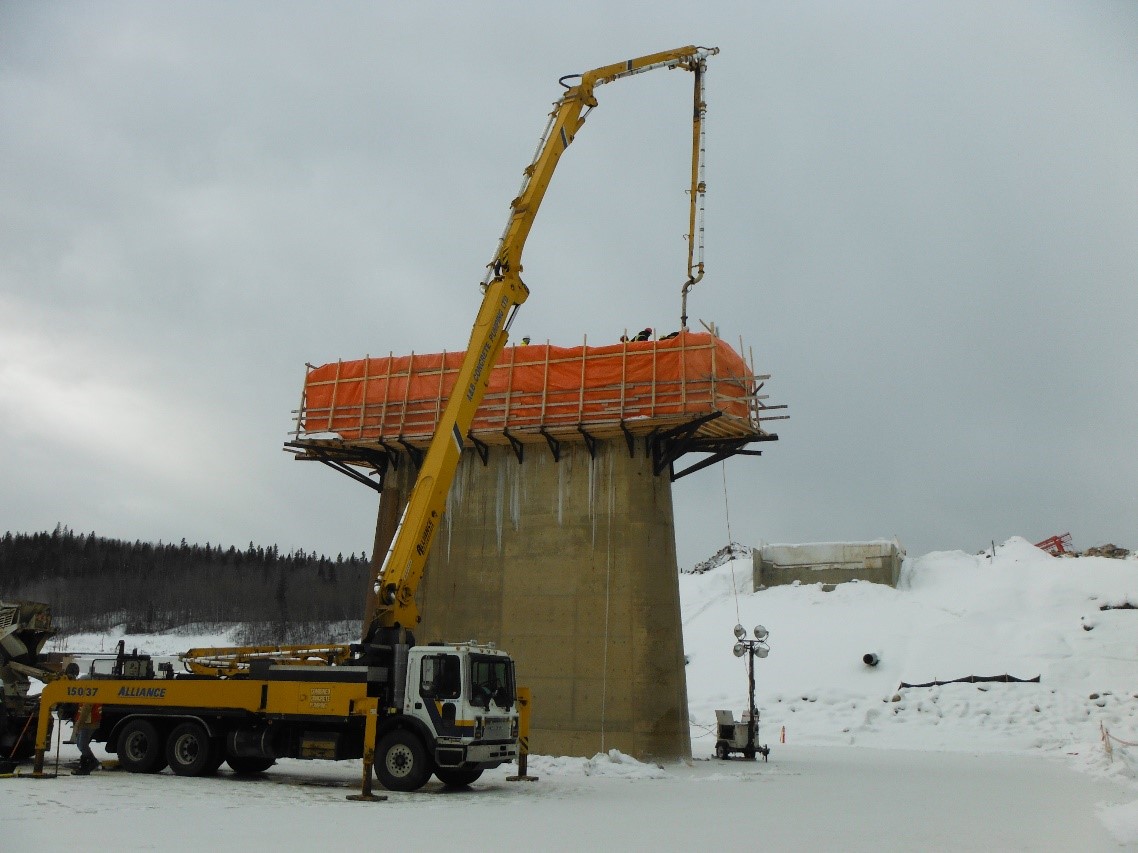 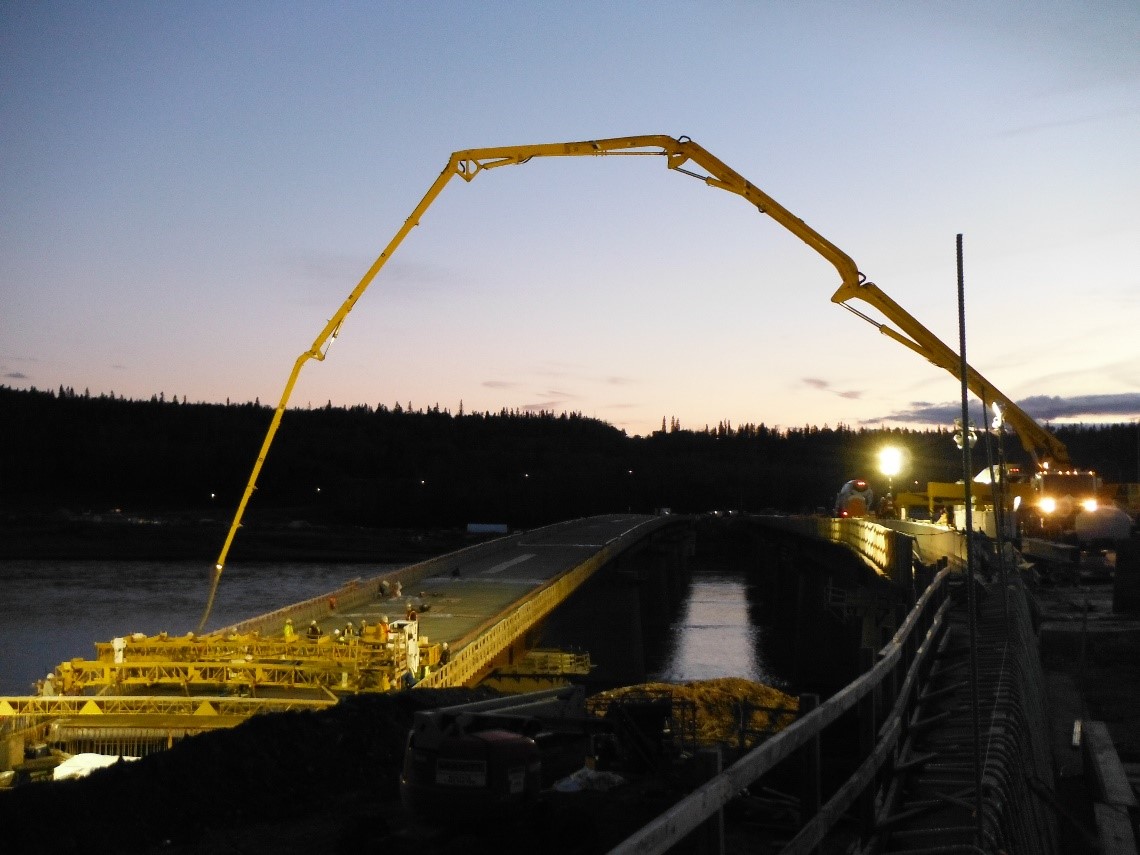 The flexibility of the TB110 Telebelt allowed IC2I to efficiently place gravel for slope protection, which was later covered in concrete with the same machine.  The 55m and 45m were used regularly to pour both bridge decks.  The pours all took place during the evening hours when cooler temperatures prevailed. Sporadic weather made for a difficult pour schedule but Combined’s flexibility supported the contractor with last minute changes. 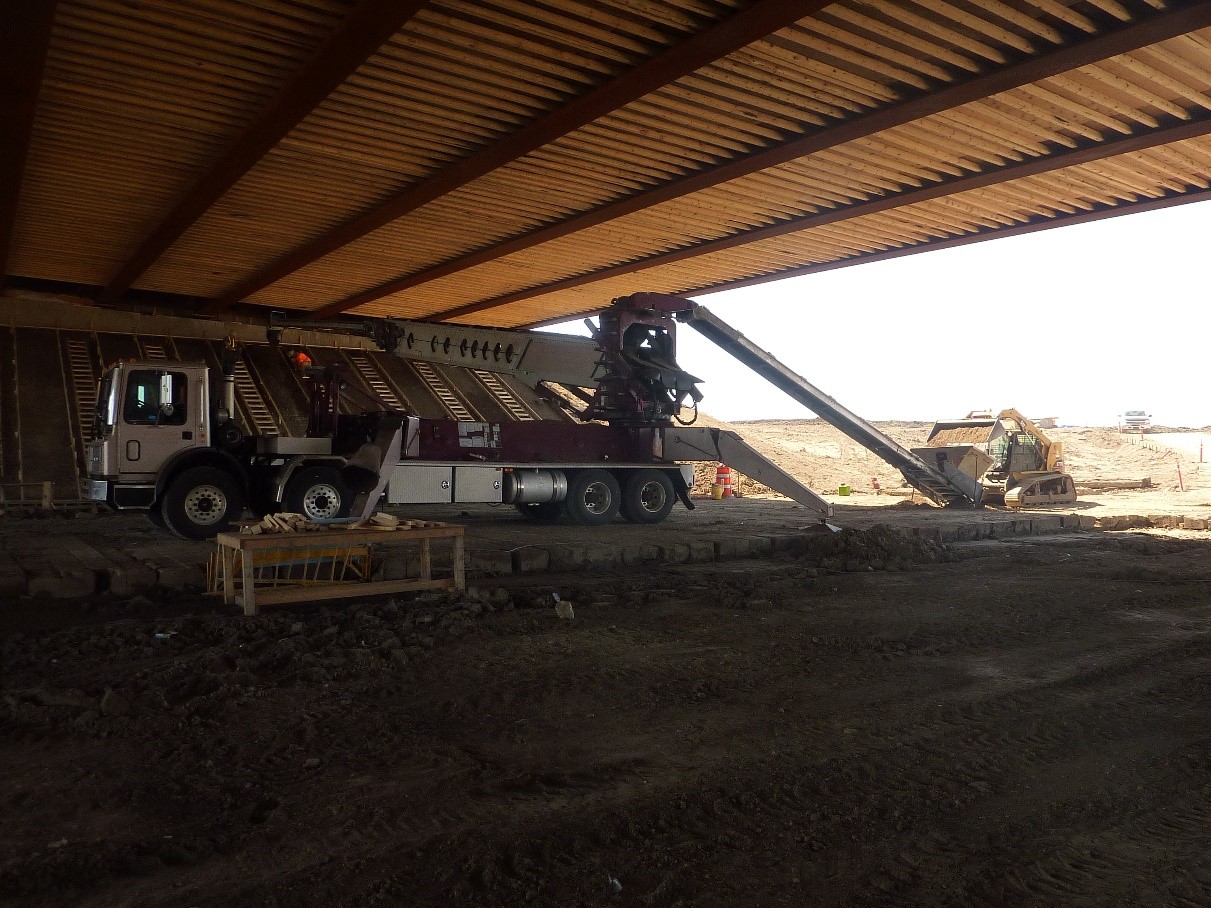 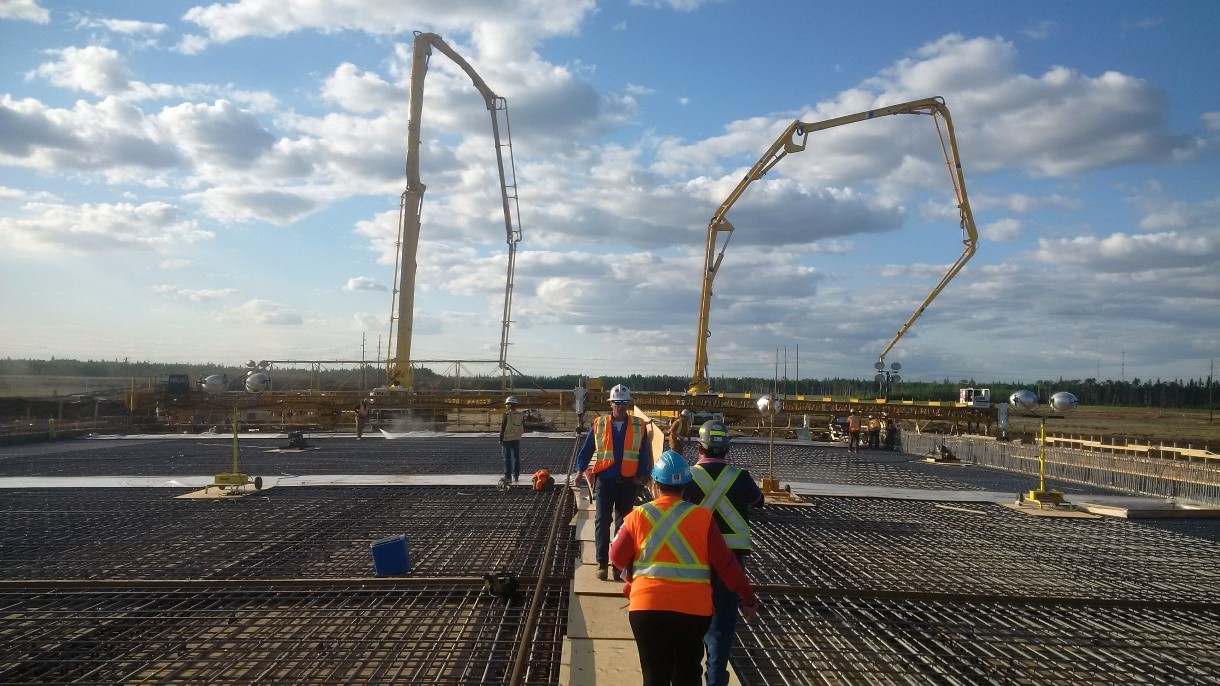